Victory Bible Church > About our church

The Victory Bible Church community exists to help people in their relationship with God and His local church. Where ever your are in the process of seeking the God of the Bible, we have a something for you. Victory Bible Church began in the home of Pastor Ron and his wife, as a home Bible study, over the years we moved through borrowed rooms, until the Lord allowed purchase of our church building. We have and continue to see the hand of God as the church continues to unfold. At Victory we believe that in a day when many attempt to incorporate new cultural trends into their church experience, we at Victory Bible church strive to honor and uphold traditional Worship and preaching. Our objective is to please the Lord rather than the culture. We also believe the local church needs to be by local people for local people, and so we have no denomination or fellowship. That being the case we are directly responsible, and dependent on, the God of the Bible. Although we have seen the Lords provision many times we firmly believe the best is yet to come.

Some Facts about Victory We are a local church by local people for local people. We have no denomination or fellowship to report to. We are all about the Bible, in fact we believe the Bible itself is sufficient for the needs of mankind. The Bible is key to Christianity so we don’t use gimmicks or wow emotions to replace solid Bible exposition. Our people from multiple church backgrounds. As a church we have simply agreed to use the 66 books of the Bible as our only rule for faith and practice.

Check out this Review 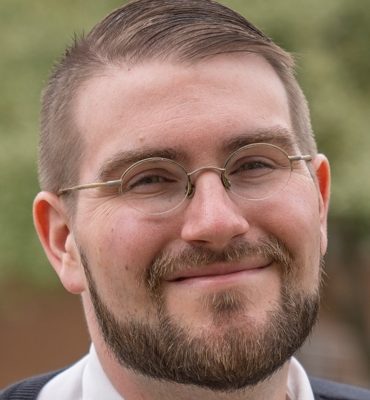 Pastor Corey Adams was born and grew up…

Pastor Corey Adams was born and grew up in the Finger Lakes region of New York State. He accepted Jesus Christ as his personal Lord and Savior at the age of six. Five years later on February 26, 1995 he was baptized at Second Baptist Church in Auburn, NY.

After graduating from High School he attended Davis College in Johnson City, NY from 2003-2007 where he earned his Bachelor degree. During his time at Davis he attended and served at West Corners Baptist Church in Endicott, NY. During his nearly 15 years at the church he served in many roles including: Adult Sunday School Teacher, Deacon, Trustee, Secretary, Treasurer, Song Leader, and Pulpit Supply.

From 2008-2015, Pastor Corey worked as a contractor for the aerospace engineering company, Lockheed Martin in Owego, NY. He worked in the I.T. Department fixing computers and assisting in other technology related capacities. In 2015 he returned to work at Davis College where he currently serves as the Executive Assistant to Dr. Dino Pedrone, the 9th president of the College and now Chancellor. He is also the Historian for the Institution.

He has a passion for Bible Translation and for Bibleless people groups in Papua New Guinea (PNG). In the summer of 2005 he took a two-month missions trip to PNG with Wycliffe Bible Translators where he experienced firsthand Bible translation.

In the summer of 2017 he traveled with Dr. Pedrone to the nation of Israel for week. He was able to experience the land of the Bible where he has a new perspective and outlook on the Bible. When he reads, studies, and preaches the Word of God this new understanding comes through.

In April of 2018 he was called to become the pastor of Victory Bible Church after the homegoing of Pastor Ron in February of 2018. Pastor Corey began his ministry in May of 2018. He is looking forward to the new journey that God has our church family on and he prays that God will be glorified by it.