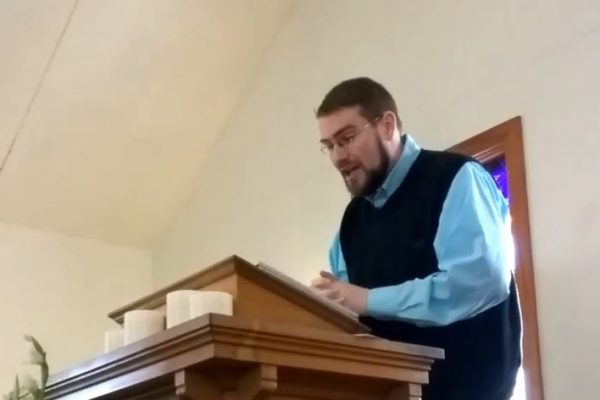 The Apostle Paul in Romans 6 would echo the words that he wrote in Galatians 2:20, “I have been crucified with Christ; it is no longer I who live, but Christ lives in me; and the life which I now live in the flesh I live by faith in the Son of God, who loved me and gave Himself for me.”

Crucified with Christ! Crucifixion does not just cause a lot of pain and suffering, it causes death! When Paul writes that our “old man was crucified with Him [Christ]” (6:6) that means that our old self our sin nature was nailed to the Cross of Calvary and killed!

“… the body of sin might be done away with, that we should no longer be slaves of sin” (6:6b). We were guilty and condemned. We were weak, godless, sinners, and enemies of God (Romans 5:6-10) and yet Christ chose to take our place that wipe out the charges on our account! He became our Master, He became our Lord! We are no longer the slaves of sin! Christ has “forgiven you all trespasses, having wiped out the handwriting of requirements that was against us, which was contrary to us. And He has taken it out of the way, having nailed it to the cross. Having disarmed principalities and powers, He made a public spectacle of them, triumphing over them in it” (Colossians 2:13b-15).

Not only did He conquer sin, but also death! “Christ, having been raised from the dead, dies no more. Death no longer has dominion over Him” (6:9b).

I have visited the Garden Tomb in Jerusalem, Christ’s body is not there. He has risen! Death no longer has power of Him! The reign of death was ended. The power of death was silenced! Christ has risen, indeed!

The question is: Do you know Him, Jesus Christ, today?